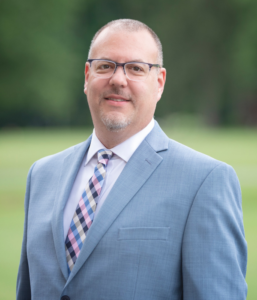 Eric M. Andolina, DDS graduated from Union College in 1992 with a Bachelor of Science Degree in Biology and a Minor in History. He then received a Doctor of Dental Surgery Degree from SUNY at Buffalo School of Dental Medicine in 1996. His General Practice Residency was completed the following year at St. Clare's Hospital (now owned by Ellis Medicine). He became a member of the World Clinical Laser Institute in 2015.

After completing his residency, Dr. Andolina went directly into private practice for himself in his hometown of Amsterdam, New York. He practiced there for over 21 years, but just recently moved his practice closer to his home. He resides in the Burnt Hills-Ballston Lake School District and has had three (he says "wonderful") children graduate from the Burnt Hills-Ballston Lake High School. He has been married to his high school sweetheart for over 25 (again, "wonderful") years.

He loves spending time with his family and he enjoys sports, movies, and traveling. He is also known for spending some time on racetracks driving cars faster than he probably should.